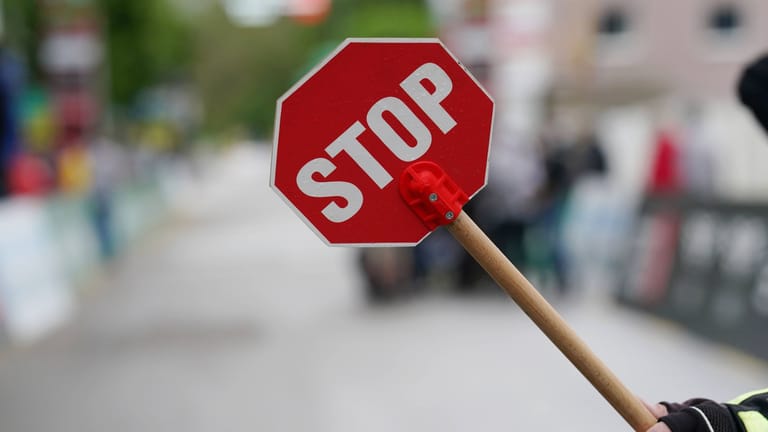 Person with a stop sign (Iconic photo): In the district Oldenburg has stopped a drunk indiscriminately vehicles. (Source: MANUEL GEISSER via www.imago-images.de)

A drunk man stopped cars indiscriminately in the district of Oldenburg. He later told the police several lies.

Several Road users reported on Thursday against 22 o’clock that an apparently drunk person was standing on Wildeshauser Straße in Grossenkneten and stopping vehicles. That’s what the police said.

When officers arrived, they discovered the drunk Man about to bang his head against several shop windows. According to the police, he did not reveal his name and did not want to take an alcohol test.

Man has to pay for police operation himself

The officials first brought the man to his alleged home address, which turned out to be wrong during the journey. So he had to come to the office, where it was determined that the man was a 25-year-olds from Visbek. Of the 25-year-old then took a taxi home.

Because of false information about himself, the 25-year-olds have to pay a fine. In addition, he will be billed for the costs of the assignment.

Dortmund: car rolls over in a serious accident on B1

Can you have your neighbor's car towed?