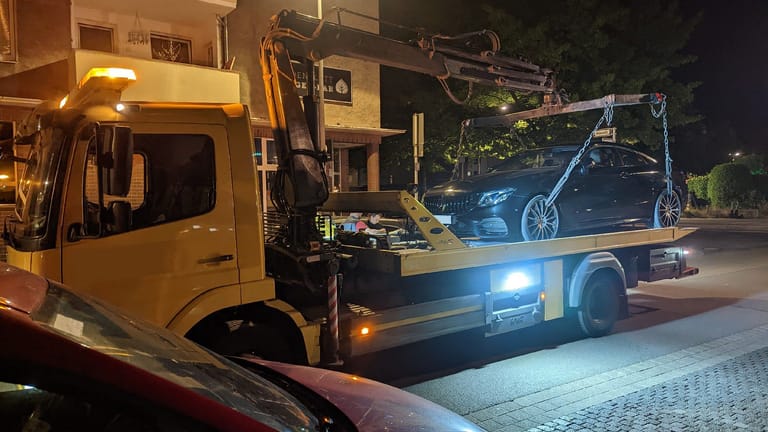 A man in Hanover had to hand over his Mercedes to the police because he was driving too fast. The man was probably racing – against himself.

According to Bohrmann, the police officers in a civilian patrol car had already noticed the black Mercedes at the intersection of Berliner Allee and Schiffgraben. When the traffic light turned green, the 30-year-olds accelerated their vehicle extremely. Thereupon the police immediately took up the pursuit.

“On the Raschplatzhochstrasse, the Speedometer of the patrol car shows a speed of over 97 kilometers per hour, while the distance to the Mercedes remained largely the same,” says spokeswoman Bohrmann. But in the end the man responded to a stop signal from the police officers and pulled over to the right at the corner of Nikolaistrasse and Postkamp.

There the police officers confiscated the driver’s license of the 30-year-olds and also his car – as evidence. The electronic data on the speeds and interventions of the vehicle’s assistance systems are to be examined as part of the investigation. Accusation: forbidden motor vehicle racing.

“Such an investigation is also initiated if a single vehicle drives grossly in violation of traffic regulations and recklessly in order to reach the highest possible speed”, explains Bohrman. After the measure, the man was released and allowed to continue on foot.

Residual alcohol: when you can get behind the wheel again

Rent a car: be careful with the insurance